The North Springs Girls Soccer team is graduating eight seniors. The coaches are so proud of all of these ladies and wish them the best in all of their future endeavors! 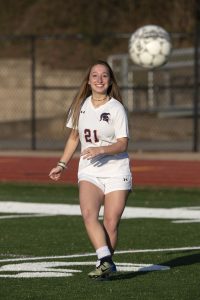 Ari Izenson has played outside midfield for the varsity team for four years. As a senior, she was chosen as captain. Outside of soccer Ari is the Vice President of the National Honor Society, participates in the Jewish Culture Club, is a mentor for Work Based Learning and is an SGA rep. She has made the principals list every year of high school. Next year, Ari will attend the University of Georgia to major in psychology. Ari’s favorite soccer memory is getting to Maynard Jackson HS 4 hours early, eating Chick-fil-A, laying in the sun with her teammates, and then winning the game in penalty kicks. Ari’s favorite teachers at North Springs are Ms. Hobby and Ms. Kaminsky because “they are both super helpful and their classes were always interesting.” Ari says, “I’d love to thank my family, friends, teachers, and coaches for always supporting me and making my days so much better!! 🙂” 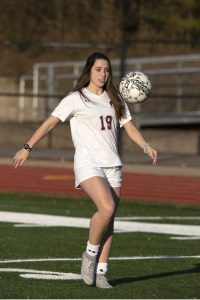 Sami Hertz has started at center midfield for the varsity team all four years of her high school career. She was chosen as captain both her junior and senior years. She won the Coaches’ Award both her sophomore and Junior years. Sami has also played for Concorde Fire for eight years and was on the North Springs swim team for four years, earning the most improved award her freshman year. Outside of sports, Sami is ranked in the top ten in the 2020 senior class, is an officer for the Jewish Culture Club, is an SGA rep, and is in the Math, Spanish, and National Honor Societies. Sami is an AP Scholar with Distinction, and she received the Georgia Certificate of Merit and Letter of Commendation. Next year Sami will attend the University of Michigan to major in neuroscience. Her favorite soccer memories both include bus rides: 1) last year when the team got stuck in Adairsville, had to ride home with the boys team, stopped for McDonald’s, then had to stop on the side of the highway before finally making it back to North Springs, and 2) this year when the bus was stuck for two hours on our way to Grady when the president was in town and the team had a dance party. Sami’s favorite teachers are Ms. Kaminsky and Mr. Day because “they care so much about their students and I always have fun in their classes.” Sami would like to thank her family friends, and teammates for always being there for her and helping her succeed. 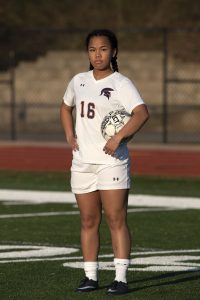 Naomi Askew is a defender for the varsity team. She played three years on JV and was pulled up the varsity team her sophomore and junior years. Next year, Naomi will attend Georgia State and major in biology. Her favorite soccer memory was last year when the team beat Maynard Jackson in penalty kicks. Naomi’s favorite teacher is Ms. Henriques because she has always been sweet and helped her find her passion for biology. Naomi said, “I would love to thank my dad. He has always been a huge inspiration in my life. I still remember my dad coaching my rec games and him saying ‘just have fun’. He was always always at all of my soccer games and I will forever be grateful for his love and support.” 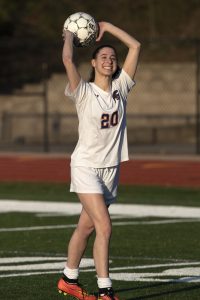 Sarah Szabo has started as a defender for the varsity team for three years. In addition, she was on the varsity volleyball team for three years and JV volleyball for one year. Outside of soccer, Sarah is ranked in the top 10 of the 2020 senior class, is Student Body President, and received the Georgia Certificate of Merit. She is also in Model UN, National Art Honor Society, and qualified for the State Science Fair twice. Sarah plans to attend Georgia Tech next year and major in chemical engineering. Sarah says, “Despite being cut short, senior year soccer season has definitely been my favorite season of a sport I have ever played at north springs.  My favorite memory, besides all the tik tok bus rides, is going to Young Life with all the freshies and having Morgan call me up on stage to get my free waffle.  Also, throwback to missing the bus.” Sarah’s favorite teacher is Mr. G because “he was my homie, even when I was an annoying sophomore.” Sarah says, “I would like to thank my parents because they have raised me, got me through high school, and into college (despite the many arguments and tantrums). I also want to thank all of my friends (new and old) who have gotten me through north springs, especially my friends on the soccer team (shout out all y’all). Finally, I will reluctantly shout out my siblings, Matthew and Abi, for putting up with me.” 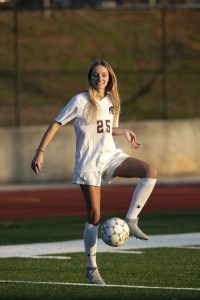 Madi Kamean has started at forward for the varsity team all four years of her high school career. In addition, she has played varsity basketball all four years, and ran cross country all four years. Madi was captain of both teams her junior and senior years. She received the Academic Excellence Award for basketball all four years, the Most Improved Player Award her 9th and 10th grade years, and the Coaches’ Award her senior year. She helped the Cross Country team qualify for the state race her 9th, 10th, and 12th grade years and she earned the Breakout Runner Award her senior year. Outside of soccer Madi is ranked 6th in the top 10 of the 2020 senior class, is an AP Scholar with Distinction, and earned the Georgia Certificate of Merit. She is a member of the National Honor Society, Math Honor Society, Spanish Honor Society, Science Honor Society, Jewish Culture Club, and Spartan Spirit Club. Next year, Madi will be attending the University of Virginia and majoring in Kinesiology with plans to work in the medical field. Madi’s favorite teacher at North Springs is Major Powers because he pushes his students to work hard and cares a lot. Madi would like to thank “my family for supporting me and cheering me on each step of the way.” 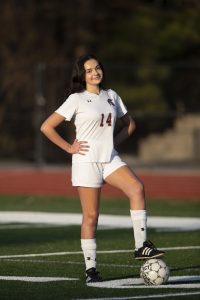 Amaris Frenchman has played forward for the varsity team all four years of her high schools career. She also played select/academy soccer. Outside of soccer, Amaris is ranked in the top 10 of the 2020 senior class. She is also in National Honor Society, Jewish Culture Club, Super Achieving Spartans, and was the Editor in Chief of the Yearbook. Amaris received the Georgia National Merit Scholar Award, is an AP Scholar, and was a first place medalist in the biochemistry category of the Science Fair her freshman year. She has been a gold and silver medalist award recipient in taking the National Spanish Exam. She has also been on the Principal’s Honor Roll all four years of high school. Next year she plans to major in psychology and also plans to attend graduate school and get her PhD in Clinical Psychology in the future. Her favorite soccer memory is scoring the goal against Maynard Jackson that carried our team to the playoffs her freshman year and scoring a penalty kick in the game against Maynard Jackson last year. Her favorite teacher is Ms. Kaminsky because “she has inspired me to pursue my passion for psychology and has been an incredible role model, mentor, teacher, and inspiration for me.” Amaris says she would like to thank “my sister, Ariel Frenchman, and my father, Dr. Jeffrey Frenchman for getting me to this point in my life, as they have fostered my dreams and allowed me to grow, supported me through everything, allowed me to continue to live a life guided by the proper morals, ethics, integrity, and character, and have been the most incredible family anyone could ever ask for. I love them so much!!!!” 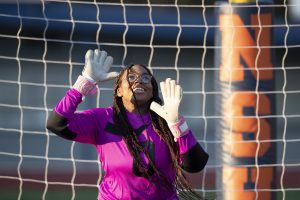 Amaiya Alcindor is a goalkeeper for the varsity team. Amaiya played for the JV team as a junior. Amaiya was a member of Habitat for Humanity, Black Student Association, and Unicef, a football manager, and President of the AVID Council Club. She got her ceritification in graphics and design and made the Dean’s List all 4 years of high school. Next year, Amaiya plans to major in nursing. Her favorite soccer memory was basically her whole junior year season. Her favorite NS teacher is Ms. Pritchett,  “for pushing me to make better choices about life after high school.” Amaiya would like to thank “myself and the people that influence me to keep pushing and to not give up no matter how hard things got during these 4 years.” 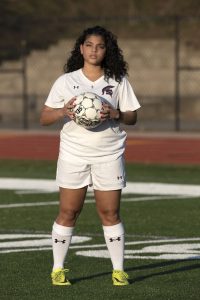 Beatriz Salvioli is a defender for the varsity team. She played on JV for 2 years and ran cross country for North Springs.