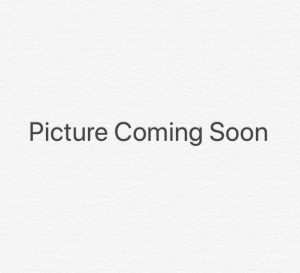 Coach Gershon is in his third year at the helm of the Spartans baseball program and is in his 16th year overall coaching high school baseball.  Coach Gershon is a native of Los Angeles, California. He graduated from Agoura High School in Agoura Hills, California where he was a four year letterwinner and earned All-Marmonte League honors for the Chargers.  In addition, Gershon was selected to play in the 1994 Area Code Games national showcase for the Los Angeles (then California) Angels 818/805 team.  He then went on to Los Angeles Pierce College where he helped the Brahmas secure a birth in the 1996 California Community College Athletic Association playoffs.  Gershon is a 2000 graduate of Arizona State University, where he did not play baseball for the Sun Devils.  Gershon holds two bachelor’s degrees from ASU (Kinesiology and Political Science), a master’s degree from Northern Arizona University (Secondary Education) and an education specialist degree from Valdosta State University (Athletic Coaching in Physical Education).

Matt has been married to his wife Sarah for 15 years.  The couple resides in Roswell with their three children, Hank (7), Maddie (7) and Charlotte (6).

The 2020 campaign will be the first year of coaching high school baseball for Troy Hall.  Coach Hall hails from Greeneville, Tennessee.  He attended North Greene High School where he lettered in baseball, basketball, and golf.  Coach Hall earned numerous honors as a member of the North Greene baseball team including multiple years on the all-conference and all state teams as well as conference MVP.  Hall also was valedictorian of his graduating class at North Greene.  Upon graduation, Troy moved on to Mars Hill University in North Carolina to continue his baseball career at the collegiate level.  While at Mars Hill, Coach Hall was a 4 year starter on the mound for the Lions.  Off the field he majored in History with a concentration in secondary education, completed his student teaching and earned a Georgia Educator’s certificate.  Coach Hall also played summer collegiate baseball for the Nevada Griffons of the MINK League and the Forest City Owls of the Coastal Plains League.

After graduating from Mars Hill, Troy moved to Buckhead where he lives with his girlfriend of 6 years, Corinne.

Coach Hall’s grandfather was a hall of fame teacher and coach and he is excited to continue the family tradition here at North Springs.

The 2020 season is Coach Garrett Daily’s first with the North Springs baseball program and third year overall coaching high school baseball. Coach Daily was born and raised in the small town of Hazel Green, Alabama. During his time playing baseball at Hazel Green High School, Daily was a three year letter winner, two time Gold Glove Award winner, and an All-Region outfielder. After high school, he attended The University of Alabama where he studied Collaborative Special Education and played for the Alabama club baseball team.

Since moving to Atlanta in 2017, Daily has continued playing ball for the Atlanta Cigars of the MABL. He also coaches the Buckhead Bandits, a special needs team in the Alternative Baseball Organization.