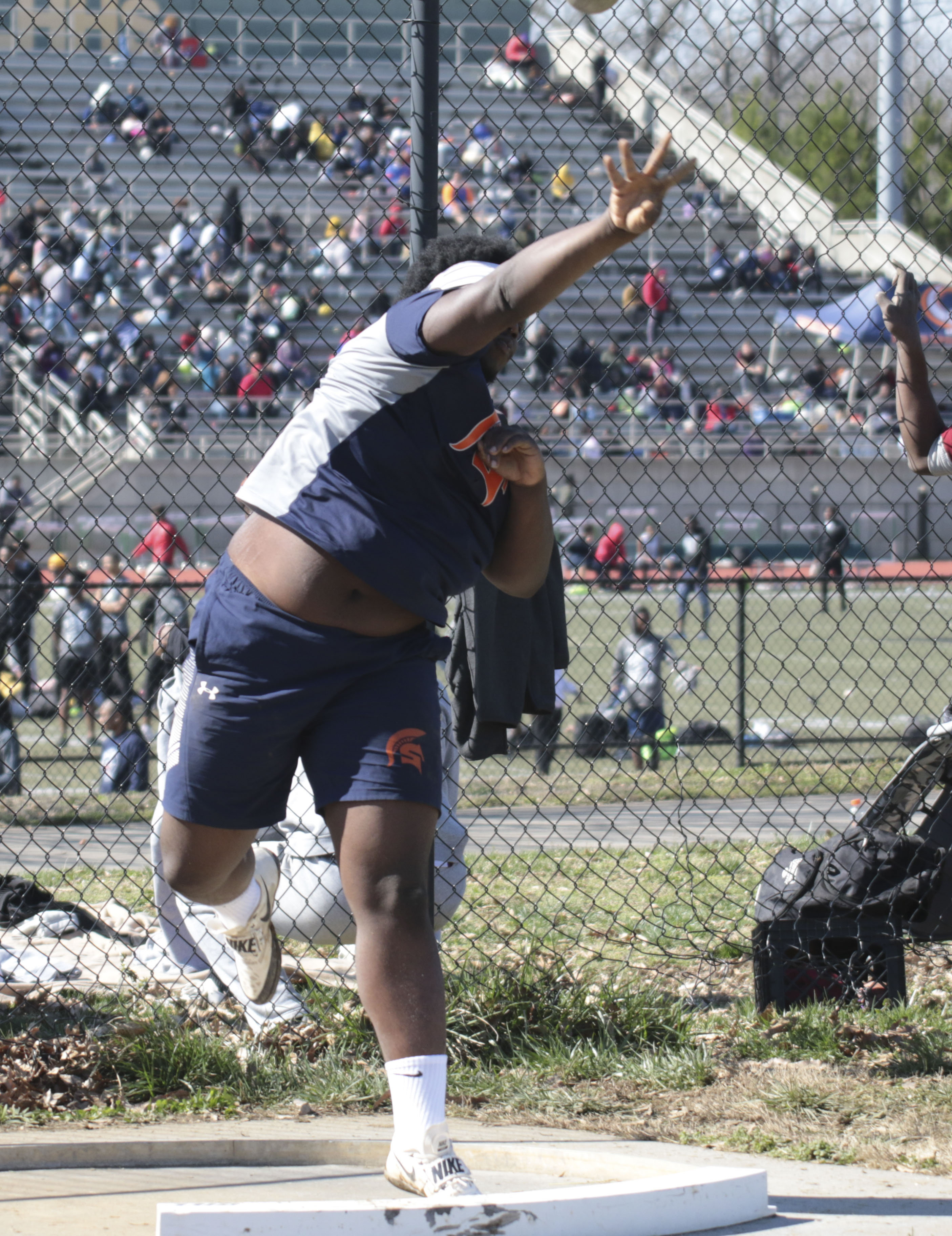 The Boys Track and Field Teams had a successful meet this weekend being led by Senior thrower Senam Quarty, who threw a distance of 44’02”. He distance placed him in 3rd at the meet which now puts him at 2nd in the region. Sophmore Discus thrower, Daimar Bucknor, threw a new personal record of 117’5″, which placed him 5th overall. Senior long jumper, Beck Bernstein, placed 5th overall in the long jump matching last weeks performance of 18’5″ which wrapped up a great showing in the field events.

On the track, the 4×100 meter relay placed 6th overall against some great competition. Junior David Walston and Simon Kwon lit the track on fire in the 800 meter run winning their heats with times of 2:19 and 2:10 respectfully. This week showcased three runners who did not compete last week that had great showings. Freshman Nick Johnson came out blazing in the mile run with a time of 5:17. Senior, Chase Heard, sprinted across the track in the 100 with a time of 11.6 and in the 200 with a time of 24.15 which now leads the program. Evan Feintuch also returned this week, running a time of 11:18 in the 2 mile run. Sophomore Hampton Chappell showed a great outing in the 300 hurdles with a time of 46.49, which ranks him currently 3rd in the region. Junior, Joshua Jones, found his rhythm in the 110 hurdles racing for a time of 18.29.

The boys looked real good as it is still early in the season. This week showed that they are progressing and making new strides. This Saturday, they will be competing at the Wolverine Invitational at Woodstock High School.